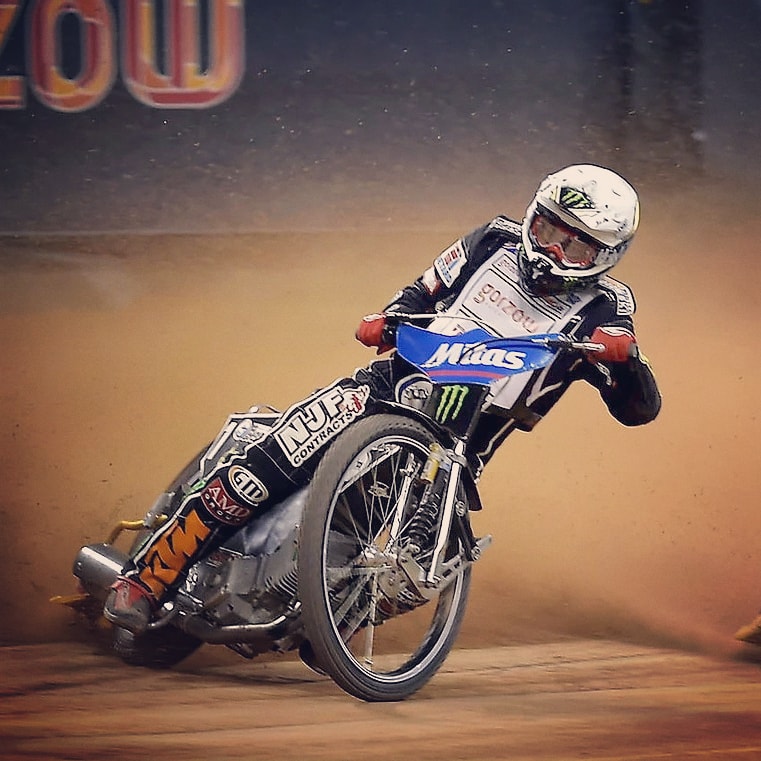 We currently find ourselves at the halfway stage of the revised Grand Prix series and, as expected the action has been fast and furious.

There's been crashes, controversy, some questionable moves and some brutal racing, all of which has given us plenty to talk about.

While the new scoring system has divided opinion across the board and may not be to everyone's liking, it is the system in place, the riders all knew that at the start of the series what they were faced with and to coin a phrase it is the same for everyone.

Change is inevitable in any walk of life and the organisers of the GP series are simply bringing the sport in line with other forms of Motorsport which is something the fans have been wanting for a while now.

In virtually every other sport, the team or individual who wins the final will take home the big spoils, the upper share of the winners purse if you will, so why should speedway be any different?

To give you an example, Argentina may beat Brazil in the Football World Cup Final, Argentina may have drawn two group games, and drawn every one of their knock out games from that point forward, scraping through on penalties and Brazil may have beaten everyone comfortably prior to the final.

If Argentina win that one game, they claim the spoils, irrespective of results before that. So again, why shouldn't the winner of the final race in a GP claim the top points when he crosses the line?

Anyway, the new points scoring system favours those who make finals, those who do the business at the latter part of the meeting, and that is why Freddie Lindgren is sitting pretty at the top of the standings as we head into the second half of the series.

The ice cool Swede is the only rider to have made every final so far and it would be fair to say that he hasn't taken any prisoners along the way. With laser like focus and total commitment and determination, Freddie has made himself the man to beat and he is looking every inch the title contender.

But with a bullseye on his back there are plenty of riders chasing him down...

Defending champion Bartosz Zmarzlik was in scintillating form in Gorzow but crucially failed to make the final in Saturday's version of the event. He finds himself seven points behind Lindgren and is very much still in the hunt.

Early season pacesetter Maciej Janowski sits just a little further behind but inconsistencies in his riding showed in Gorzow, having looked nigh on untouchable in Wroclaw's opening rounds.

Tai Wofinden is a man who has been going about his business quietly so far this season and he currently sits fourth in the standings, 13 behind Lindgren. That may sound like a lot, but it only takes one round for this to swing one way or the other or at least close that gap.

Some may argue that Tai hasn't been at his best in the series so far, but the British star has been a model of consistency despite not making every final. There are very few riders better under pressure than Woffinden and if he can start making more finals and getting among the bigger points, then he could well be the man to watch in the second half of the series.

Making up the rest of the top six are Leon Madsen and Artem Laguta. Madsen is another rider who hasn't been afraid to throw caution to the wind with some of his moves more than raising a few eyebrows. We know he is more than capable of winning on any given day and many would question the tactics he employs at times.

But this isn't ballet, it's world championship speedway and these sorts of moves can be the very thing to make or break a riders campaign.

The form of Laguta is perhaps more of a concern, having started like a train in Wroclaw, the Russian never found his groove in Gorzow and in truth looked a completely different rider. He currently sits in the sixth and final qualifying place for automatic qualification for 2021, and judging by the calibre of riders behind him, it might be all he can do to cling onto that spot.

Jason Doyle and Emil Sayfutdinov may have found the going tough in Wroclaw, but both enjoyed somewhat of a renaissance in Gorzow with Doyle in particular rocketing up the rankings. Whether the upturn in fortunes may be a case of too little too late for them to trouble the front runners at this stage remains to be seen, but there is little doubt that they are hell bent on securing their GP status for next season.

Frankly both of them are too good not to be in the series, but the way things are shaping up there could be some big time casualties in terms of those missing out on that elusive top six place. Riders like Patryk Dudek, Niels Kristian Iversen and Martin Vaculik currently find themselves in danger of missing out, but all three will likely be in the hunt when wildcard picks are handed out.

There is of course lots of racing to go between now and then and nothing is decided at the halfway stage of the competition. Next up is Prague, which traditionally has been a lucky omen in the for World Champions of the past. Will that trend continue? We wont have to wait that long to find out!

Of course if you wish to agree, or disagree with me, have an idea for a feature, or you simply want to chew the fat over all things speedway, you can email me jbspeedwaymedia@hotmail.com or get in touch via the JB Speedway Media Facebook page. If your compliments, or indeed gripes can be contained to limited characters, you can send me a tweet @Mythman666.